All presentations are accessible on-demand in the virtual platform from 6 December 2021.
Live demonstrations and Q&As for the respective presentations will be taking place at the specified Date/Time below.

Description: Cyberdream, is a prototype virtual reality application, which provides a journey through audio-visual environments based on the aesthetics of 1990s rave music. The project provides three audiovisual 'sound toys', which allow the user to interactively 'paint with sound'.

Jon Weinel is a London based artist/researcher whose main expertise is in electronic music and computer art. In 2012 he completed his AHRC-funded PhD in Music at Keele University regarding the use of altered states of consciousness as a basis for composing electroacoustic music. His electronic music and audio-visual projects have been presented internationally, and in 2018 his book Inner Sound: Altered States of Consciousness in Electronic Music and Audio-Visual Media was published by Oxford University Press. He has held academic posts in the UK and Denmark, and currently lectures at the University of Greenwich. 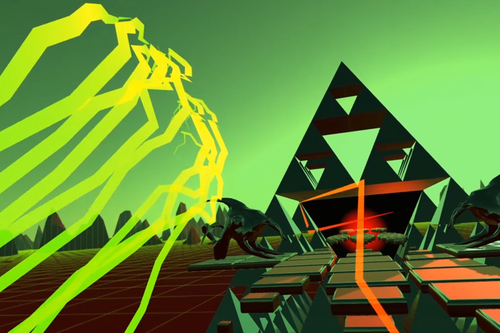