Abstract: Existing approaches have shown that, through carefully planning flight trajectories, images captured by Unmanned Aerial Vehicles (UAVs) can be used to reconstruct high-quality 3D models for real environments. These approaches greatly simplify and cut the cost of large-scale urban scene reconstruction. However, to properly capture height discontinuities in urban scenes, all state-of-the-art methods require prior knowledge on scene geometry and hence, additional prepossessing steps are needed before performing the actual image acquisition flights. To address this limitation and to make urban modeling techniques even more accessible, we present a real-time explore-and-reconstruct planning algorithm that does not require any prior knowledge for the scenes. Using only captured 2D images, we estimate 3D bounding boxes for buildings on-the-fly and use them to guide online path planning for both scene exploration and building observation. Experimental results demonstrate that the aerial paths planned by our algorithm in real-time for unknown environments support reconstructing 3D models with comparable qualities and lead to shorter flight air time. 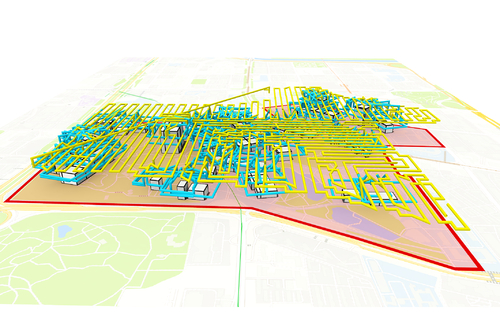 AutoMate: A Dataset and Learning Approach for Automatic Mating of CAD Assemblies

Abstract: Assembly modeling is a core task of computer aided design (CAD), comprising around one third of the work in a CAD workflow. Optimizing this process therefore represents a huge opportunity in the design of a CAD system, but current research of assembly based modeling is not directly applicable to modern CAD systems because it eschews the dominant data structure of modern CAD: parametric boundary representations (BREPs). CAD assembly modeling defines assemblies as a system of pairwise constraints, called mates, between parts, which are defined relative to BREP topology rather than in world coordinates common to existing work. We propose SB-GCN, a representation learning scheme on BREPs that retains the topological structure of parts, and use these learned representations to predict CAD type mates. To train our system, we compiled the first large scale dataset of BREP CAD assemblies, which we are releasing along with benchmark mate prediction tasks. Finally, we demonstrate the compatibility of our model with an existing commercial CAD system by building a tool that assists users in mate creation by suggesting mate completions, with 72.2% accuracy. 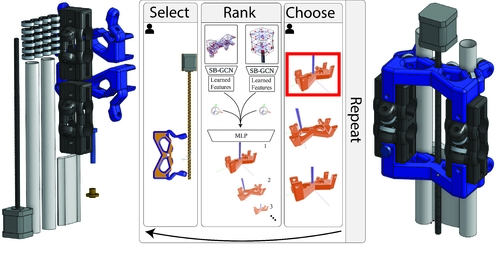 Abstract: We introduce the first path-oriented drone trajectory planning algorithm, which performs continuous (i.e., dense) image acquisition along an aerial path and explicitly factors path quality into an optimization along with scene reconstruction quality. Specifically, our method takes as input a rough 3D scene proxy and produces a drone trajectory and image capturing setup, which efficiently yields a high-quality reconstruction of the 3D scene based on three optimization objectives: one to maximize the amount of 3D scene information that can be acquired along the entirety of the trajectory, another to optimize the scene capturing efficiency by maximizing the scene information that can be acquired per unit length along the aerial path, and the last one to minimize the total turning angles along the aerial path, so as to reduce the number of sharp turns. Our search scheme is based on the rapidly-exploring random tree framework, resulting in a final trajectory as a single path through the search tree. Unlike state-of-the-art works, our joint optimization for view selection and path planning is performed in a single step. We comprehensively evaluate our method not only on benchmark virtual datasets as in existing works but also on several large-scale real urban scenes. We demonstrate that the continuous paths optimized by our method can effectively reduce onsite acquisition cost using drones, while achieving high-fidelity 3D reconstruction, compared to existing planning methods and oblique photography, a mature and popular industry solution. 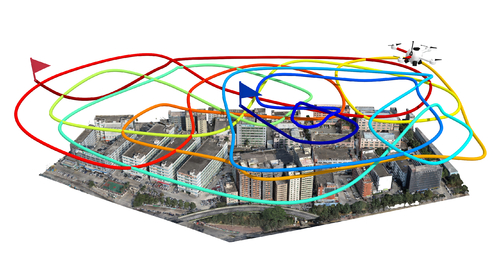 Abstract: Humans assume different production roles in a workspace. On one hand, humans design workplans to complete tasks as efficiently as possible in order to improve productivity. On the other hand, a nice workspace is essential to facilitate teamwork. In this way, workspace design and workplan design complement each other. Inspired by such observations, we propose an automatic approach to jointly design a workspace and a workplan. Taking staff properties, a space, and work equipment as input, our approach jointly optimizes a workspace and a workplan, considering performance factors such as time efficiency and congestion avoidance, as well as workload factors such as walk effort, turn effort, and workload balances. To enable exploration of design trade-offs, our approach generates a set of Pareto-optimal design solutions with strengths on different objectives, which can be adopted for different work scenarios. We apply our approach to synthesize workspaces and workplans for different workplaces such as a fast food kitchen and a supermarket. We also extend our approach to incorporate other common work considerations such as dynamic work demands and accommodating staff members with different physical capabilities. Evaluation experiments with simulations validate the efficacy of our approach for synthesizing effective workspaces and workplans. 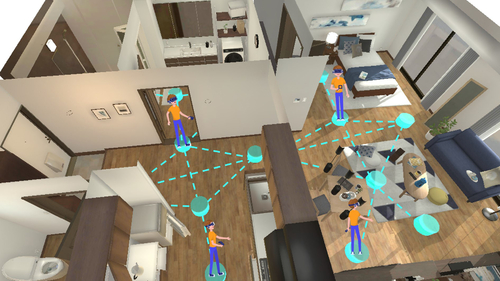